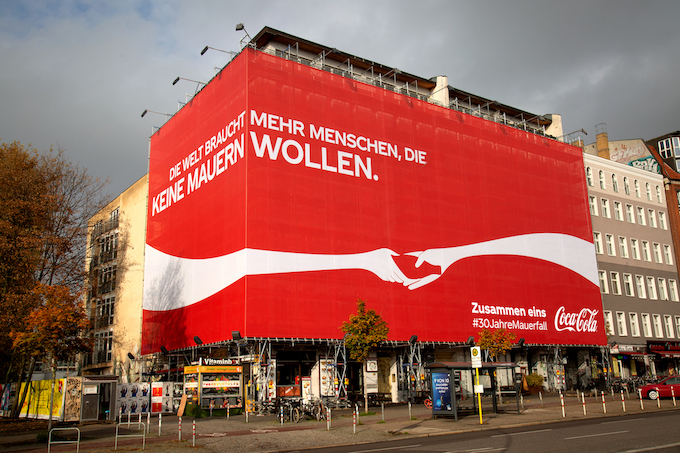 According to the German advertising newspaper HORIZONT on place 4 of the best brand actions to 30 years fall of the Berlin Wall. They write:

„On April 8, 1929, the first Coca-Cola was bottled in Germany – but the division of the country into East and West meant that for many years only half of Germany had access to the soda pop. With the fall of the Berlin Wall on November 9, 1989, this changed practically overnight. Coca-Cola is therefore celebrating this historic anniversary with an attention-grabbing out-of-home campaign in Berlin. The motto of the classic appearance in red and white: ‚Together, one‘.“